Read more about the life story of Elliott and share your memory.

Elliot Rice, Jr. was born in the Fork Community of Townville, S.C. on February 17, 1935 to the late Elliott and Canary Rice.  He was the ninth of nine brothers and sisters.  Those deceased include Jessie Mae Brown, Drusilla Brown, Elizabeth Cobb, Franklin Rice, Birdie Anding, Theodore Rice, and Quincy Rice (nephew).  He passed away on Wednesday, November 16, 2022 in Charlotte, NC.

Elliott Jr. grew up in the Townville Community and attended Mt. Pleasant Elementary School.  He later enrolled at Reed Street High School and graduated from Anderson County Training School.  After graduation, he located to Washington, D.C. and enrolled at Howard University where he received a Master's of Education Degree in Chemistry.  After graduation, he enlisted in the Air Force and spent four years in Germany.  He then returned to Washington and continued his career in the Army/Navy as an Electrical Engineer.  He retired from this position after 37 years of service.  After retirement, Elliott met and married his sweetheart, Lola in 1970.  They later relocated to Charlotte, N.C., where they shared many beautiful years of marriage until Lola's death in 2017.

Elliot received numerous awards and recognitions for his outstanding work as a navy oceanographer.  He was always known for his exceptional ability in academics and special talents.  He was also admired for his community/relationships and his devotion and support of his family.  He was loved and respected by everyone he met.

The funeral service will be held at 11:00 a.m. on Tuesday, November 22, 2022 in the Ollie Robinson Brown Memorial Chapel of Marcus D. Brown Funeral Home.  The interment will follow at Oaklawn Memorial Gardens.  Public viewing will be held on Monday from 1:00 until 6:00 p.m. at the funeral home.

To send flowers to the family or plant a tree in memory of Elliott Rice, Jr., please visit our floral store. 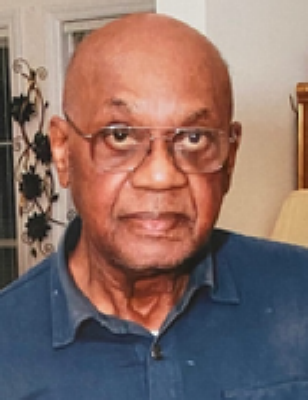