Share a memory
Obituary & Services
Tribute Wall
Read more about the life story of Crayton and share your memory.

Crayton Patrick "Sonny" Acker, age 76, of Jacksonville, passed away on January 6, 2023 at Bailey Family Center for Caring in St. Augustine. Crayton was born on January 25, 1946 to Charles and Claudia Louise (Smith) Acker in Anderson, SC. He grew up in Anderson and was a 1964 graduate of Westside High School. Sonny joined the U.S. Army right out of high school and served during the Vietnam Era. After his discharge he moved to Detroit, Michigan and went to work for General Motors. He moved to Flint, MI and worked for the Delphi division of GM for many years. He met his wife-to-be Charlene Jones on a blind date and married her on September 6, 1980. For many years they lived in Flint, Michigan where they raised their family.

In 1984 Sonny became a member of the New Jerusalem Full Gospel Baptist Church and was ordained as a minister of the Gospel in 1991. Sonny's life was truly transformed by the love of his savior and he "lived the word".  He served the church as the Director of the Philadelphia Minister for many years caring for the grieving families of the church. After retiring from GM in 2000, he moved to Atlanta in 2007 and been a resident of Jacksonville since 2017. Rev. Acker was known widely as the "preacher who prays". He would bless and pray for people even as he greeted them. He also had a nickname for everybody. And once you had a nickname, he would use that name from then on. Sonny will be deeply missed by his family and friends.

To send flowers to the family or plant a tree in memory of Crayton Patrick Acker, please visit our floral store. 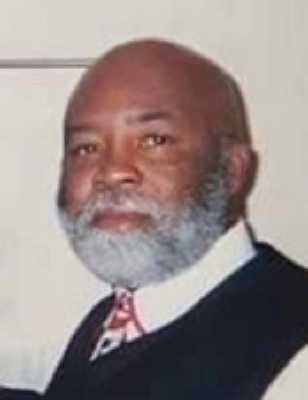