Share a memory
Obituary & Services
Tribute Wall
Read more about the life story of Annie and share your memory.

Mrs. Annie Lee Rosemond, 94, of Seneca, South Carolina passed away peacefully on the morning of January 8, 2023 in Prisma Hospice Hospital.

Mrs. Rosemond was the youngest of six children born to the late Andrew and the late Orena Rice.  As a young child, her playmates were her nephews and nieces who were just a few years younger than her.  It was at this young age, she earned her nickname “Bill”.  Mrs. Rosemond accepted Christ as her Savior when she was just a child. She remained a faithful member of St. Peter Apostolic Missionary Baptist Church for all of her life where she served on many ministries, including the choir, Women’s Worship Group, and the Ushers ministry.

Mrs. Rosemond and the late Marcus Rosemond were the parents of three sons, Gerald, Marcus “Vern”, and Robert “Bob”.  When she became a widow at the young age of 42, Mrs. Rosemond dedicated herself to her favorite things: God, her three sons, her church, and eating healthy. She did her own canning right up to the age of 93. She was also well known for her delicious made-from-scratch cakes.  Mrs. Rosemond was employed by Alice Manufacturing where she eventually retired. In 1982, she motivated herself to return to school and at 55 years old, she proudly obtained her high school diploma.

Mrs. Rosemond was preceded in death by her parents and was the last surviving offspring from this union. In heaven, she reunites with her husband, Marcus, and their two sons, Vern and Bob.

The visitation will be held on Wednesday, January 18, 2023 at St. Peter Apostolic Missionary Baptist Church from 11:00 a.m. until 1:00 p.m.  The funeral service will begin at 1:00 p.m.  The interment will immediately follow at Wildwood Memorial Park.

To send flowers to the family or plant a tree in memory of Annie Lee Rosemond, please visit our floral store. 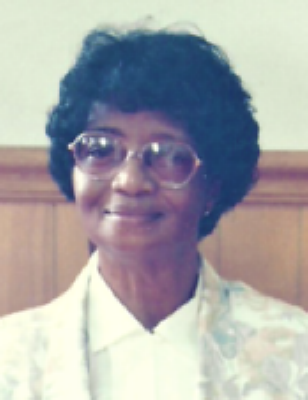